The Oregon State University community shared its talents, knowledge and ideas this past Saturday, October 29th, in the Kelley Engineering Center during Beaver BarCamp 8 (BBC 8), an ad-hoc gathering born from the desire for people to share and learn in an open environment. It is an intense event with discussions, demos, and interaction from attendees. 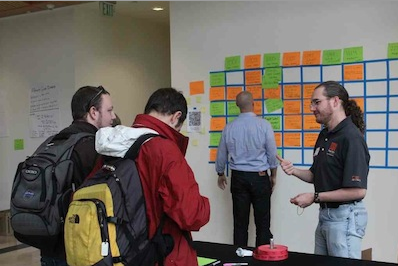 More than 130 people met for the second and final Corvallis BarCamp of the year, hosted by the OSU Open Source Lab. There were sessions for many tastes at BBC 8.

The OSL’s Lead Systems Administrator/Architect, Lance Albertson, hosted a talk about Ganeti and what people should know about its virtualization capabilities. Corbin Simpson, a veteran OSL student developer, let his nerd flag fly free with his own session, “Corbin Code: how to improve code maintainability.” 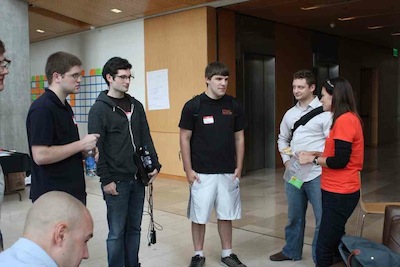 Some attendees took a different route by hosting non-technical sessions, including “Cheap Home Brewing” and “Planning and Cooking for Yourself to Save Money.” A good and delicious time was had by all. 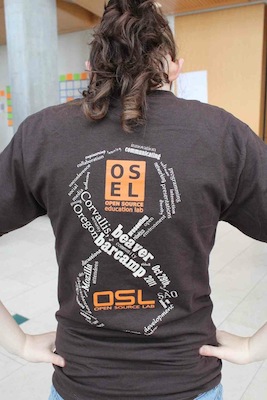 Many thanks to all of our attendees for a fabulous BBC 8! Most of all, thanks to our generous sponsors, especially Mozilla, for their support of the event. We could not have made the day possible without your support!