Lots of Love from LinuxCon

You may recall our earlier article on the OSU Open Source Lab's plans for LinuxCon North America 2011. If you're following us on Facebook or Twitter, you may have seen some of this great news stream by already. But we do have some great new photos to share, so read on in any case.

The first ever Linux Learners Day was a resounding success. We welcomed more than 35 student participants to this day long track on all things Linux and open source. The best part of the day? Letting our attendees know that we could forgo the concluding panel session on careers if they were tired from 5+ hours of lecture and having them not only decline to leave early, but then keep the panel discussion going a full twenty minutes over schedule because of all the great questions. 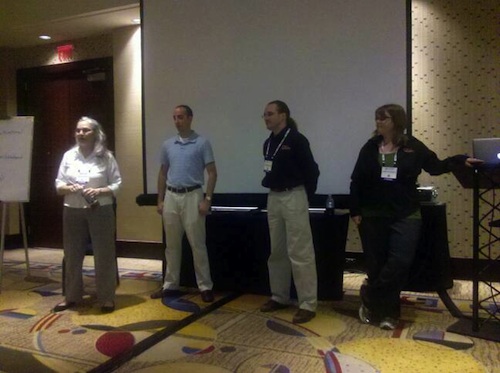 We want to make sure the content we created is most widely useful, so we've made all the presentations available on Slideshare. The presentations are downloadable and Creative Commons licensed, so feel free to adapt them to suit your needs. Even better if you let us know that you used them for a course, Linux Users Group (LUG) meeting or just to learn more about Linux and open source.

We were fortunate enough to have several of the lab's student employees join us for Linux Learners Day and the whole of the conference. Many, many thanks to the Linux Foundation for putting together specially discounted packages for student attendees of LinuxCon and arranging the LinuxCon or Bust Bus Tour to the event for attendees in Corvallis and Portland. And our sincerest thanks for inviting us to be a part of the conference program and to spread the Linux love amongst the next generation of computer scientists and technologists. 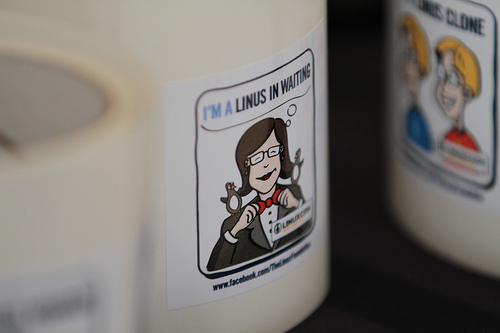 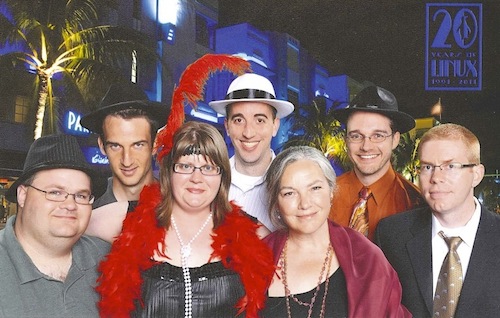 Last but not least, we capped off our time at the conference with an inside look at the OSL's operations. Lance Albertson, the OSL's Lead Systems Adminstrator/Architect, spoke on Hosting Open Source Projects at the OSUOSL. Not only did we get to give folks an under the hood view of how the lab provides core infrastructure for some of the world's most well-known open source projects, we even got Slashdotted. Victory!