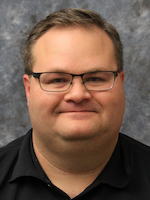 Below is a summary of the Open Source Lab's tri-annual newsletter. To receive this newsletter in your inbox, visit our sign up form.

Letter from the Director

After working for nearly six years as the Oregon State University Open Source Lab’s lead systems engineer and the associate director, I became the lab’s new director in January. My involvement in the open source community began in 2003 with the Gentoo Linux distribution, and I am excited for the opportunity I will have to continue promoting and supporting FOSS in my new role. The OSL is unique for its heavy reliance on a student workforce to power the lab, and I plan to find new ways to further develop and expand our students’ abilities.

This year marks the 10th anniversary of the OSL and we're proud to see what we've accomplished over the past decade. I want to extend my thanks to everyone who has helped and contributed to the lab during those 10 years. It’s amazing to think how much the lab has impacted the open source ecosystem during that time. We can only imagine what the next 10 years will be like, but I know that the lab will continue to be a key player in the FOSS ecosystem.

In other news, the lab has been selected for a seventh straight year as a Google Summer of Code 2013 mentoring organization. I'm proud to see the lab participating in this program again and look forward to interacting with students from all over the world. In addition we had another successful Beaver BarCamp this past weekend with more than 150 people in attendance, including a regiment of at least 35 students from Portland State University and several past OSL students and staff. We look forward to having our next Beaver BarCamp October 12, 2013.

In closing, I would like to thank all of the lab staff and students who work hard on a daily basis to improve the FOSS ecosystem. They do amazing work!

New Projects at the OSL

The list of projects and communities the OSL supports through hosting and other services is always growing. Notable projects that have recently found a home at the OSL include:

A thriving email community for women in computing, Systers has been connecting and supporting women in computer science since 1987. The project came to the OSL this year in need of a managed hosting provider with experience hosting Mailman mailing lists. The lab is now hosting two virtual machines for Systers, one for their production mailman lists and a second one for open source development of patches that will eventually become part of Mailman 3.0. 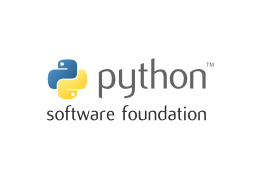 As a large foundation, the Python Software Foundation has been previously scattered about various data centers around the world. PSF was looking for a more permanent home for many of its services and chose the OSL. The lab has hosted a Ganeti private cloud for PSF since spring 2012, and the project has continued moving various services to the OSL-managed cloud. 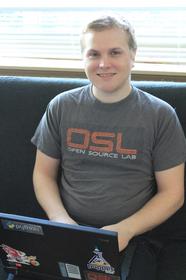 Eric Zounes has been a student system administrator at the Open Source Lab since June 2012. He works primarily on the Oregon Virtual School District project testing site upgrades and providing general system administration. Here, Eric answers some questions about his work at the OSL and what he’s planning for the future following his graduation this spring.

What do you enjoy about contributing to ORVSD?

The ORVSD project is a fun technical challenge since we are building our own platform as a service. I also enjoy providing service to the participating Oregon public schools. Facilitating the education system in any way is important to me.

How has working at the OSL benefitted you?

I've learned a tremendous amount in such a short period of time working at the OSL. Students are immersed in an environment where each of us are passionate about open source. Many of the problems we solve never come up in academia, so the amount of practical experience we get really complements the content we learn in classes.

What are your plans for next year?

I plan on working for Mozilla on their Web Operations team. I also plan on contributing to several open source projects and taking some time off to travel.